With Hurricane Irma being the most powerful (Atlantic) storm in recorded history heading towards the mainland US, many people are worried about what is next.  After rolling over the islands of  Antigua and Barbuda on Tuesday and into Wednesday, the massive category 5 storm is set to hit the Dominican Republic and Haiti on Thursday.  Ultimately moving toward Florida on Friday and slamming Miami over the weekend.

The Caribbean Gets Pounded

The massive storm has already caused major damage and loss of life to the Caribbean.  The storm hit parts of the Caribbean islands on Wednesday with heavy rain and powerful winds.  As the most powerful Atlantic Ocean hurricane in recorded history, we expect much more damage to come.

With the expected path of Irma to be cutting North right before it hits the tip of Florida, that is cutting it very close for many Floridians.  Whether you live in Fort Lauderdale, the Florida Keys or Panama City Beach – you should be nervous and seriously thinking about evacuating. 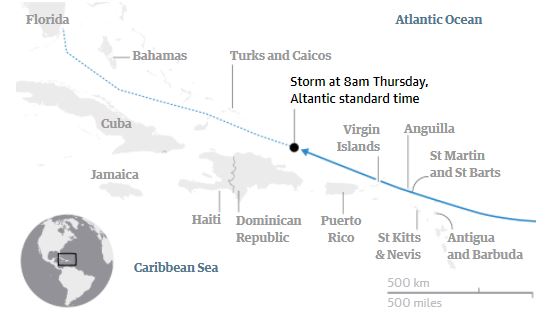 Needless to say, even with the improvements in hurricane tracking,  Hurricane Irma is giving the supercomputers a run for their money.  It won’t take much of a deviation in its current trajectory to have massive implications to the waterfront condos in Florida.   Although some have chosen to evacuate, we are seeing an unusual amount of Florida residents planning to ride out the storm.

On Friday in the evening time, the massive hurricane is expected to make landfall near the archipelago of the Florida Keys.  The governor of Florida, Rick Scott has ordered an evacuation.  As we know from previous storms, the path could change at any time — but most forecasts predict pretty similar outcomes.

As of this point, supplies for hunkering down for the storm, are running low in Florida.  Here is a picture taken from the water isle in a major store in Panama City Beach. 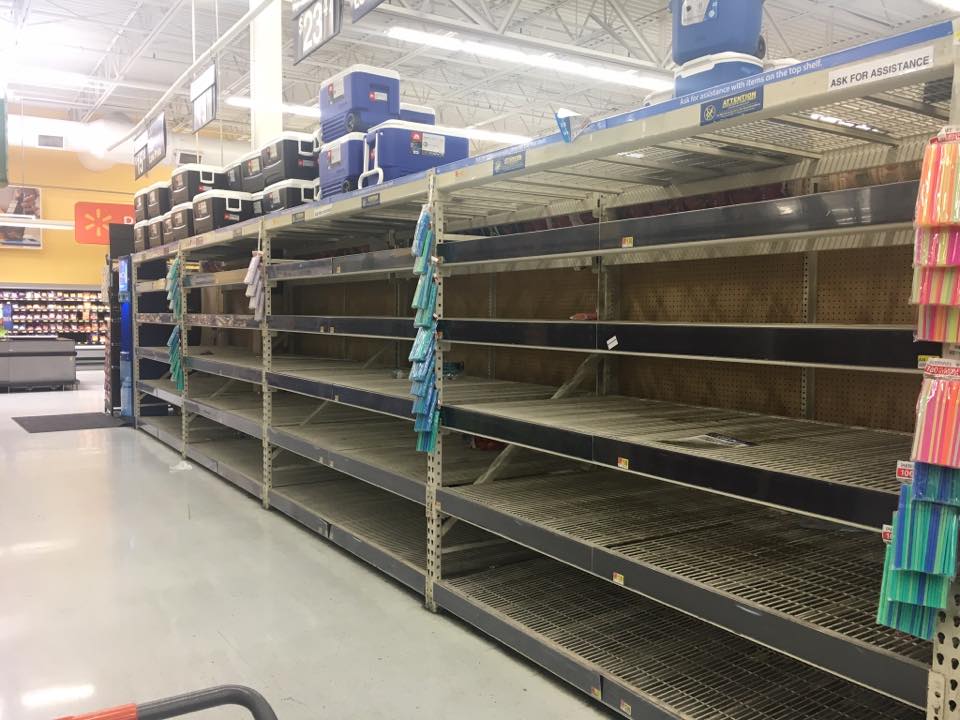 Miami Fl is prepping for some major winds and flooding.  The Miami Mayor was quoted as saying this is a “nuclear hurricane”

What You NEED To Know About Flood Insurance
Scroll to top