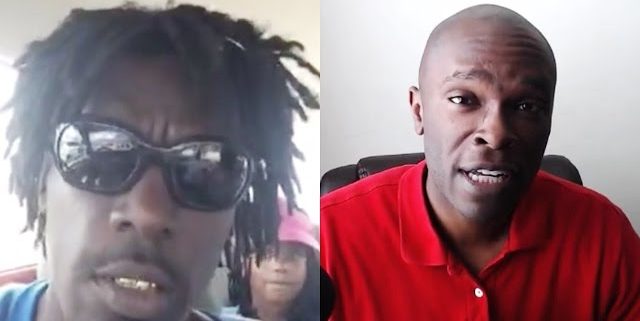 Where Are Black Lives Matter And The Black Panthers During The Baton Rouge Louisiana Flood Crisis?
A black man in the Baton Rouge Louisiana area, where there are currently very serious flood, hurricane like conditions, posed a very simple, but often controversial question in a Facebook Live video. He basically asked … “where is Black Lives Matter and the Black Panther Party when we need them?” The man elaborated on his point by saying that those aforementioned groups had no problem showing up en masse, armed, ready to go to war with the police after the shooting of armed suspect Alton Sterling. But when thousands of black people need to be rescued from their homes, when they need food, clothing, and shelter, those groups are nowhere to be found. If black lives really matter, shouldn’t they matter all of the time?

That’s the trillion dollar question. And it’s a question more and more black folks are asking. It’s becoming quite clear that these groups aren’t really for the betterment of black America, or America in general. They are funded by George Soros and his ilk to essentially engage in social engineering on a deeper level than the participants of those groups really understand. The people involved with Black Lives (LIES) Matter, like the prominent face of the organization DeRay McKesson, may just be in it for a payday and to become famous. Not realizing that they are being used as a pawn in a bigger game. Either way you slice it, those people are not in it for the reasons that they purport themselves to be, which is for the overall betterment of black people.

Louisiana Flooding Far From Over Despite Expected Respite From Rain