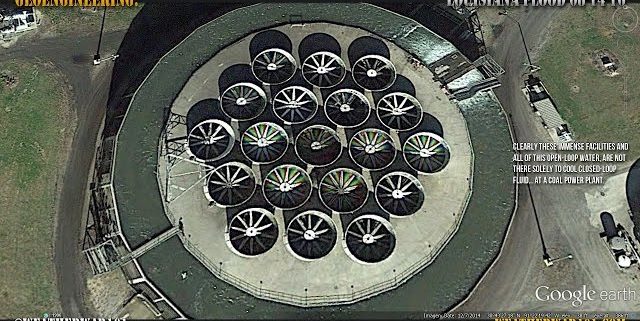 Manufactured Louisiana Flood 08-14-16
It’s irresponsible for governors and state officials who declare a #FLashFlood State of Emergency, not to understand how the devastating flood happened in the first place. Not when the facts, evidence, and “1,000 year” rain source are right here in front of them.

Every week a governor in this country (or somewhere in the world) has to face devastated constituents who have lost their home and life’s worth of belongings, every week the manufactured cause is exactly the same, and every week it is dismissed (misdirected) as “Mother Nature”… clearing the way for the same thing to happen next week without any culpability.

10,000 people are living in shelters because of this manufactured flood. The sheriff of Livingston Parish said 100,000 people have lost everything. How is it – at all possible, that the weekly devastation of Americans and American towns on this scale is not THE number one news story in this country?

Hopefully I’ve made it clear by now that I am not of the mind that local government officials have any more of a clue about this half-century reality that has been boiling the frog on this planet for the last half a century than anybody else does. At some point however, is it criminally negligent – not to seek knowledge of the source of inexplicable yet continuous “1,000 year” floods that materialize every week. Certainly, the “experts” aren’t offering any coherent explanation. Below is The Weather Channel’s explanation:

“Here is why the disastrous flooding occurred and four other things to know about the situation. Deep, tropical moisture in combination with low pressure near the earth’s surface and aloft were the main ingredients that fueled the serious flooding in Louisiana and adjacent parts of southwest Mississippi. On Friday morning, NOAA’s Weather Prediction Center said this when talking about the heavy rain event: “The best description of this system is that of an inland sheared tropical depression.””

That’s it. Not even a paragraph’s worth of explanation, and that is no explanation at all. Think I’m kidding? See for yourself.

Why the Louisiana Flood Happened, And 4 Other Things to Know

Does this “explain” where the trillions of gallons of water for two “1,000 year” floods in two weeks came from? No… of course it doesn’t. In contrast here I am illustrating point by point, with two days of satellite imagery showing the actual development of the storm, and showing the exact pinpoint locations of In-Place Water Vapor Generation.

So, once again. I’ve made this easy enough for a kindergartener to understand. This broad daylight reality – cannot be denied. The failure of local and state officials who have to deal with the aftermath of these events (not to mention “journalists”), to understand why they happened, is the reason it will happen to another community next week. We all still await a single government or law enforcement official with courage, common sense, eyes to see with, and real concern for the constituents he or she serves, to recognize what is right here – in front of them.

As always, I’m right here ready and waiting to back them up.

No Natural Weather: Introduction to Geoengineering 101

FAIR USE NOTICE: This video may contain copyrighted material. Such material is made available for educational purposes only. This constitutes a ‘fair use’ of any such copyrighted material as provided for in Title 17 U.S.C. section 106A-117 of the U.S. Copyright Law.
[ne_semantic_video video_id=”D1qDiF3n9L0″ title=”Manufactured Louisiana Flood 08-14-16″ upload_time=”2016-08-16T16:26:03.000Z” description=”It’s irresponsible for governors and state officials who declare a #FLashFlood State of Emergency, not to understand how the devastating flood happened in” duration=”PT16M35S”]