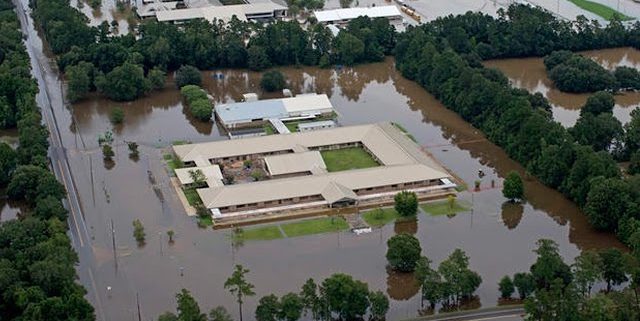 Louisiana Struck With RECORD Flooding
President Obama has declared a state of emergency, as record flooding hits Louisiana. Cenk Uygur, host of The Young Turks, breaks it down. Tell us what you think in the comment section below.

“Torrential rains eased Monday in flood-ravaged Louisiana, but forecasters that warned the threat was far from over.

Louisiana has been deluged by rainfall since last week, with at least seven people dead and thousands of homes damaged by floods. Gov. John Bel Edwards said officials “won’t know the death toll for sure for several more days.”

One of the dead was an elderly woman in the town of Hinesville, whom authorities hailed as a hero for saving the toddler who was in the car she was driving.

Rapides Parish sheriff’s officials told NBC station KALB of Alexandria that the woman, whose name hasn’t been released pending notification of her relatives, lost control of her car, which was swept off the road.”

Download audio and video of the full two hour show on-demand + the members-only post game show by becoming a member at Your membership supports the day to day operations and is vital for our continued success and growth.

Download the Android version here:
[ne_semantic_video video_id=”hvIv-dxB7ZE” title=”Louisiana Struck With RECORD Flooding” upload_time=”2016-08-16T00:30:01.000Z” description=”President Obama has declared a state of emergency, as record flooding hits Louisiana. Cenk Uygur, host of The Young Turks, breaks it down. Tell us what you” duration=”PT3M30S”]